The village with the rule that had to run. Like the other place in common, Ambalkebrek had myth that so powerful and most of the resident believed on it. They would feel anxious when they didnt do that. Especially was related to Warung Kebrek.
Warung Kebrek was place to trade activity. That place was famous, every morning it would crowded with the sellers and buyers. Although it was narrow, but didnt know why it was become a center of trade activity like traditional market. Beside that there was ritual in Warung Kebrek. Every Suro ( quotation the one of month in Java ) in that place had to held Wayang Kulit performance. Exactly in the afternoon after dzuhur. Usually it would take on village chiefs birthday (weton).
Previously there were the condition to held it. The village chief would ask people to slaughter goat that was bought with tax money from the resident. The goats head would be ritual offering which was buried around the Warung Kebrek. While to some hamlet of that village, the goats blood would be buried on elders cemetery. Those conditions had to run especially to held Wayang Kulit performance in Warung Kebrek.
One day on Suro at about 1980s there was  not Wayang performance in Warung Kebrek. The next morning there was people who possessed and went berserk talking about Warung Kebre to the village chief. Not only that, there were some strange incident. So until now every Suro will be hold wayang performance in Warung Kebrek.
forum
play_circle_outline

The Legend Of The Ambalresmi Village


Once upon a time, Ambal was a regency that still undered the Mataram Kingdom. At that time, the regent of Ambal was Raden Aryo Blitar. Its atmosphere was peaceful and quiet, trade was also developed. The sketch in front of “Pendopo” at Ambal was like in front of “Pendopo” at Kebumen. There was a town square, in the west there was a mosque that was called The Big Mosque Ambal Regency (is a historic building that still sturdy until now). Its reach was very wide. In the west until Puring. While in the east until Rawa River. 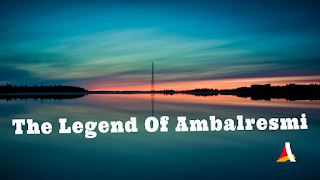 During his authorization, Aryo Blitar got many problems from Mataram. Mataram was allied with the Dutch, so all the result of earth and spices that required by Dutch were sent to Mataram. At that time, in the Panjeroma Regency, which was located in Nabatiyasa was powered by Bodronolo. He had two “Senopati”, their name were Ganaspati Jonggolo (was assigned to Panjeroma nort), from Banjarnegara, Purbalingga, until Wonosobo. In the south, submitted to the Gamawijaya (he from Plempukan Kembaran village, Ambal).
But at the moment, Bodronolo didn’t agree with the alliance of Mataram with the Dutch. So Gamawijaya got the confidence to gnaw the administration of Ambal Regency. The result of earth and spices that required by Dutch were robbed by Gamawijaya. The results of the robbery was given to the poor. Then, occurred the battle with Ambal Regency. The Ambal Regency (Aryo Blitar) was lost and escaped to Mataram. Ambal regency was destroyed, so that the name of Gamawijaya was famous and he considered as a defender of people who anti-Dutch.
Then, the Dutch instigated Mataram to make the prize contest. Whoever could decapitated Gamawijaya, will got the prize in Ambal. Senopati of Mataram nobody was able to fight Gamawijaya. However, there was someone from Purworejo named Semedi that touched his heart to follow the prize contest. Semedi was lost in fight Gamawijaya. Then he ran to Klirong to ask for help to Mr. Glondhong Jeruk Agung. Mr. Glondhong aord and lended his son, Handogo to fight Gamawijaya. Handogo given inheritance named “Tlempak”. Handogo fight against Gamawijaya. Finally, Gamawijaya killed. After that, Semadi decapitated Gamawijaya and brought it to Mataram.
At that time, the Mataram government appointed Purbonegoro to be a regent of Ambal, with the title was Raden Adipati Purbonegoro. A few months later, there was issues that Semadi want to be the regent of Ambal. Handogo came to Mataram to brought witnesses that who killed Gamawijaya was not Semedi, but Handogo. Semedi just brought his head. However, who killed him was a Handogo. So, the kingdom of Mataram ordered Purbonegoro to became the regent of Ambal troughout his life.
Finally, after Purbonegoro died, the regency of Ambal was lost. In addition, before Purbonegoro died, he had willed to his offspring to didn’t be the regent of Ambal. Since then, Ambal who was the regency became the village named Ambalresmi Village. The word “resmi” indicated that Ambal was still there. Then appeared several villages, such as Ambal Kebrek, Ambal Kliwonan, and Ambal Pucangan. However, its center was Ambalresmi.
forum
play_circle_outline 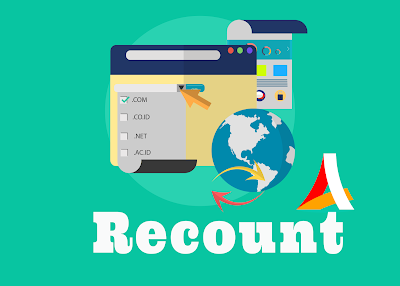 My  Uncle, Rafa
Hello uncle, are you ok there ? How about aunty Lia ?  I am here so good ! Does Rizka miss me ? I hear that she will has sibling ! thats true ? oh ... congratulations uncle !
Do you remember that some months later we will commemorate about Maulid Nabi ? I like to hear your voice when you do sholawat... ! I miss that... ! we can do together ...?
As you know that our big family always hold event to commemorate Maulid Nabi. We have met to talk about event to fill it, and we agree to hold :
1.     Qira competition
2.     Khitobah competition
3.     Talkative competition
We open the event on 21st Desember 2015 with story of  Nabi. On 22nd-23rd Desember 2015 we hold its competitions. We close the event with do sholawat on 24th Desember 2015. We take place at Sanjenawi Family’s house.
We need you to come to be a judge in that competitions and do sholawat in the closing event. I hope you can fulfill our invitation, and attend with aunty Lia and Rizka. Please confirm your pleasure because it is important.
RSVP : 025 205 334 5 ( contact Sanjenawi Family )
Your niece
Puji Astuti 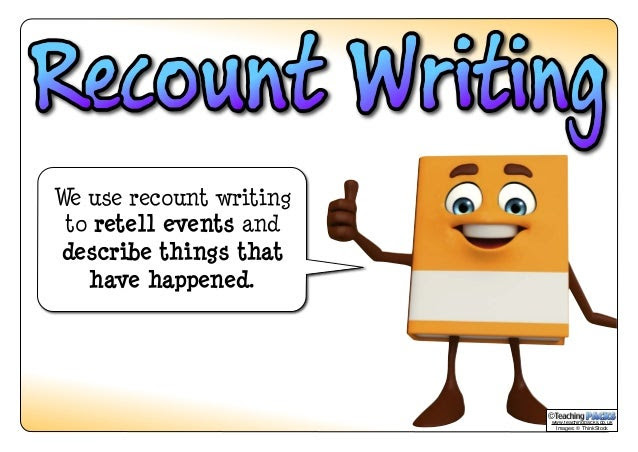 Hello friends !
I think all of you have some experiences on your last holiday, right ? maybe it was terrible,enjoyable,unforgottable or memorable experience. In this occasion, I will tell you about my experience. Will you know ? Ok, go on !
Last holiday, I didn’t have event to spend my very long holiday! I said it was very long holiday, because it made me boring ! In the first week, I thought it was enjoyable. I had additional class about Indonesian, English, Biology and other to prepare final examination. It was very usefull to me. It hold for three days. After that I only stayed at home. “ I have very long time ! If I use this time to study, it will be better,” I thought. And than I spent my spare time in front of the books. One day, two days it was smoothly. But, some days later Iwas bored. I thought, my holiday was very flat. I tried to cheer my self, such as watched TV,played with my siblings, but I couldn’t cheer my self.
One day, I didn’t have smile to everyone. My parents knew that. I thought , they would make something to me, but nothing. Sometime, my mother called me to help her. But, I pretended to don’t hear it. Because, I thought my mother would undrstanding me. But, what next ? my mother was very angry to me. She said, “ You are lazy girl, you only think about happiness “. My mother made me shy with myself. So I rushed to help her. When I help my mother, she always said anything about my mistakes. For that moment, she was angry to me. I was tired to hear her voice. However, I was speechless.

Make U confidance in front of U’re class
Ø First U don’t fell nervous !
Ø Then, imagin if U are best one ! but U’re friends don’t know anything !
Ø If U will explain something, make U sure If U can do it or U must learn about the materials before U explain in front of U’re class !
Ø Don’t respons , if U’re friends said but it is useless
Ø If U can do them, I think U’ll feel more confidance !

Procedure  text
Make jam from carrot
ü  First, scar some carrot carefully but before that you must wash that
ü  Second, turn the stove ang put the pan on it
ü  And then, pour scar carrot into the pan and stir well
ü  At about, a half minutes later, add sugar as like you. But, don’t too much
ü  When scar carrot and sugar had mix, you can take it and don’t forget to turn off the stove
ü  You can grease it into a bread and you can make it as breakfast, foodstuf or etc.
Procedure text
How to doing experiment with a pack of tea
If you want to make experiment with pack of tea, you must prepare a pack of tea, scissors, and matches. So simple, right ?
First, you must slice pack of tea with scissors, and come out the tea. And then standing up the pack of tea. After that, burn up it with matches. And what will happens ?
If you succes in this experiment, the pack of tea will fly to some time and then come down. And never give up if your first experiment falls. Try again and again and reach the succes.

Once upon a time lived on a cloud that was grown up over a very beautiful country. One day, she saw another much bigger cloud and she felt so much envy, than the cloud decided that in order to get bigger and grow more, her water would never abandon her, and will never start raining again.
Indeed, the cloud grew up, while his country was getting dried. First, rivers dried up, then people, animals, plants, and finally, the whole country became a desert. The cloud did not care much, but she also did not realize that by being over a desert there was no place where she could obtain new water to keep growing. So slowly, the cloud began to lose size, and was unable to do anything to stop it .
The cloud then realized her mistake, and that her greed and selfishness were the cause of her vanishing; but just before evaporating, when she was just a sigh of cotton, there started blowing a gentle breeze. The cloud was so small and weighed so little that the wind took her far away, to a faraway beautiful country, where once again she recovered her original size.
Having learned this lesson, our cloud remained small and modest, but she became so generous when raining, that her new country became even greener, giving away to all people there the most beautiful rainbow in the world.